This article refers to the address: http://

Due to the rapid increase in the number of electronic and electrical devices on automobiles, in order to reduce the number and weight of connecting wires, network and bus technologies have been greatly developed during this period. The communication line connects various automotive electronic devices into a network to send and receive information over the data bus. In addition to independently performing their respective control functions, electronic devices can also provide data services for other control devices. Due to the use of a networked design, the wiring is simplified, the number of electrical nodes and the amount of wires are reduced, the assembly work is simplified, and the reliability of information transmission is also increased. Through the data bus, you can access any electronic control device, read the fault code to diagnose it, and make the vehicle maintenance work easier.

The application of automotive electronics will cause the following major changes in the car:

First, the mechanical structure of the car will undergo major changes, and the various control systems of the car will be developed electronically and electrically, achieving "line manipulation." Replace the original mechanical transmission mechanism with a wire, such as "wire brake", "wire turn", "electronic throttle", etc.

Second, the car 12 volt power supply system converted to 42 volts. With the increasing number of automotive electronic devices, the power consumed is increasing dramatically. The existing 12 volt power supply can not meet the needs of all electrical systems on the car. In the future, the integrated starter-generator 42 volt power supply system will be used. The maximum output power of the generator will be increased from the current 1 kW to 8 kW, and the power generation efficiency will reach 80% or more. The implementation of the new standard for 42-volt automotive electrical systems will lead to major changes in the design and construction of automotive electrical components. Mechanical relays and fuse-protected circuits will be phased out.

The application of automotive electronics will make cars more intelligent. The smart car is equipped with a variety of sensors that can fully sense the condition of the driver and passengers, the traffic facilities and the surrounding environment, determine whether the occupant is in the best condition, whether the vehicle and the person will be in danger, and take corresponding measures in time.

Today, society has entered the era of information networks. People hope that cars are not just a means of transportation. They also hope that cars are an extension of life and work. In cars, they can listen to themselves in their own offices and homes. Broadcast, call, go online, handle work. With the advancement of digital technology, cars will also enter the multimedia era. The on-board computer multimedia system developed by the Windows operating system has functions of information processing, communication, navigation, anti-theft, language recognition, image display and entertainment. For the foreseeable future, the car's automatic navigation and assisted driving system allows the driver to enter the destination of the driving into the car computer, and the car will travel along the best driving route to reach the destination. 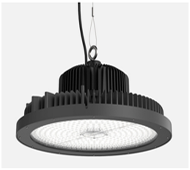 MOSO Intelligent innovator UFO shape led power has the led driver industry ' s unique derating over temperature protection circuit , which can make the light power supply not easy suddenly happen the phenomenon of over - temperature and shutdown even under the harsh working environment , so as to ensure continuous illumination.

The efficiency of the led driver supply is high and the power consumption is small. Accordingly, the heat in the lamp is small, then it reduce the temperature rise of the lamp. It is more advantage to delay the light decay of LED.