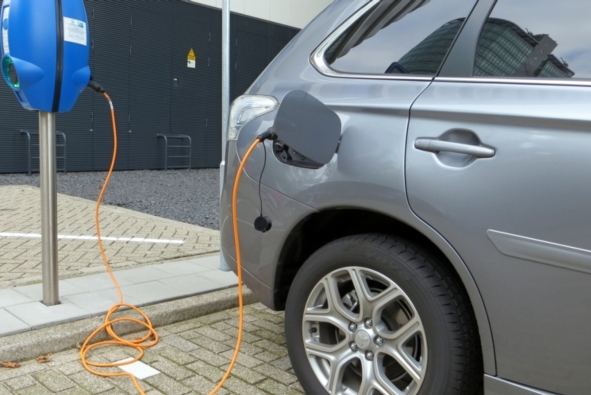 According to Science reports, when Thomson, a nurse boy from the United States, drove from Fresno, Calif. to San Francisco, his electric car Nissan Leaf had no motivation to reach halfway. The tragedy is that he did not see where he could charge. . So Thomson took out his cell phone and opened a PlugShare application that allowed him to check the address of the charging station. He found a nearby user named Madera who had marked his house and charged it. He called him immediately.

Thomson's trouble is just an example. Many owners in the world have also experienced the same distress. However, even Tesla, an electric car giant, has to worry about energy. No, they opened a big factory and built powerful batteries. Although this is one of the solutions, the amount of manpower and time spent is not something that other people can easily imitate, especially developing countries. In this regard, foreign startups have proposed a new methodology.

Here is the deeper question that we are beginning to explore:

The current charging infrastructure is very scarce in the United States, especially in cities where there are few electric vehicles. This has led to long-term concerns about the sudden loss of electricity during driving. The government, workplaces, and some start-up companies are all strengthening the infrastructure investment to address the needs of car owners.

According to the US Department of Energy's Alternative Fuel Data Center, there are now 13,925 public electric charging stations and 34,378 outlets nationwide. However, the sales growth of new energy vehicles is still higher than the construction speed of battery charging piles. This is one of the reasons why new energy owners feel the shortage of charging resources.

At the same time, more and more individuals and organizations are beginning to share their charging facilities to fill this gap. Thomson provided a charging station for EV owners free of charge near highways with high traffic volumes and on desert roads in Las Vegas. The charging network was known as the "charged version of Airbnb." The application used by Thomson is called PlugShare, which has tens of thousands of private charging outlets.

Recently, Renault launched a product called Elbnb, which allows Swedish residents to convert their home socket into a charger for electric cars, so that private homes can also provide electricity for electric cars, and electric car drivers can display according to the map. Information is charged to the nearest home. Charging costs and charging time are completely negotiated and confirmed by the driver and home users. Within two weeks, the number of homeowners signing agreements to share their own plugs for electric vehicles has increased by 3.5%. Airbnb has also cooperated with Tesla before, providing it with dozens of free charging piles, hoping to attract electric vehicle owners.

It is understood that most users like to share their charging stations for car owners, mainly wall outlets. Most of these users are clean energy advocates. One of them is John Hagle. He has two electric cars and the house's electricity is supplied by rooftop solar panels.

"Solar panels can share free electricity for strangers. For me, this is a shared network: if I need to, they will be there, and if they need it, I will be there. Some PlugShare users provide electricity for the owners. Only a few dollars or hourly parking fees are charged, but very few people make money on this purpose," said John Hagler.

Sven Thesen has the nationâ€™s first custom roadside charging station. Hundreds of people come to him for free charging. Thesen said last year that the owner had given him a $450 donation and two bottles of wine, which was more than the sum of the electricity costs he provided.

At present, more than a dozen states have passed legislation that regulates electricity distributors and allows them to charge a standard per kilowatt-hour. This model is not yet known elsewhere. Both Nissan and Tesla have their own fast charging stations, and owners enjoy the first year free benefits. Some charging networks, such as Blink, charge per kilowatt hour, but companies like ChargePoint charge according to charging time. Â

But at the same time, there are also many problems with private charging stations. Because different electric vehicles have different standards, they cannot access all the charging facilities. For example, the Nissan Leaf winder cannot access Tesla's booster network. Moreover, the specifications of each private charging station are different. The charging time ranges from 30 minutes to several hours. If the time is too long, it will inconvenience the owner's journey.

Ashley Horvath, Vice President of PlugShare Strategy, mentioned that although it is convenient for individuals to provide private charging stations for the public, it cannot replace public charging stations. PlugShare is planning to build fast charging networks on both sides of the highway. They will compete with other charging infrastructure companies to provide a more reliable infrastructure, so that more people can safely buy electric cars.