Skip to content
Recently, Xinsong President Qu Dao-kui said in an interview that only 10% of the more than 3,000 robotics companies in China are competitive, and the remaining 90% are nothing. They just charge a concept. 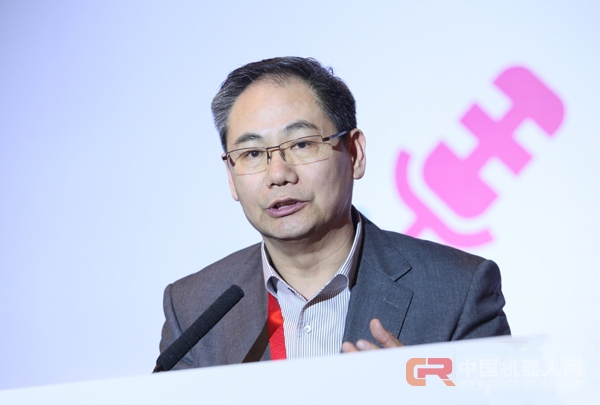 The Chinese robotics industry has been developing rapidly in recent years and has become the world's largest robotic application market for many years. Robot companies have also grown from dozens to hundreds in just a few years.
In terms of market share, in the past few years, Chinaâ€™s indigenous robots accounted for about 10% of the domestic robot market, and later increased to 10%-15%, and last year (2015) has reached 25%. From the top of the global scale, according to the strategy and plan for the 13th Five-Year Plan of Chinese robots, by 2020, this ratio should reach 50%. However, it is worth noting that there are still many problems in China's robotics industry. According to Xin Songâ€™s President Qu Dao-kui, only 10% of the more than 3,000 robotics companies in China are competitive, and the remaining 90% are nothing. They only charge one concept. Relevant statistics show that the size of robotics companies in China is generally small, with more than 90% of companies having an annual production value of less than 100 million yuan; there is also a gap between the level of robotic products and foreign advanced levels, among which industrial robots are relatively backward in terms of speed, accuracy, etc. Service robots still lag behind in key technologies such as autonomous decision making and intellisense. Xin Guobin, vice minister of the Ministry of Industry and Information Technology, pointed out that at present, Chinaâ€™s robotics industry has emerged a trend of â€œlow end of high-end industriesâ€ and there are hidden concerns of over-investment. The hidden dangers of low-level redundant construction have gradually emerged, and small, scattered, and weak issues still remain. Get fundamentally changed.

The sales volume and sales volume of China's industrial robotics industry from 2009 to 2015 â€œThe development of the robot industry has shown the characteristics of 'turning upside-down and following the trend blindly'. Many companies, especially private enterprises, lack a clear development strategy and internal needs. Just follow the policy, there is obvious policy dependence.â€ Luo Zhongwei, a researcher at the Institute of Industrial Economics of the Chinese Academy of Social Sciences, believes that the current â€œextensiveâ€ sports style of the robot industry will inevitably lead to waste of resources and return on investment. Low rates and other consequences, but overall, the general direction of the robot industry is in line with the current development situation.

Global sales of personal/home service robots since 2009 According to Qu Dao-kui, China will continue to maintain its position as the world's largest robot market in the next 10-15 years. Statistics show that more than 30 robot-related industrial parks have been built or planned in China. With regard to the amount of investment, the planned investment of the local robot industrial park by 2020 will exceed RMB 500 billion. According to IFR's forecast of global service robot sales in 2015-2018 (26.052 million units), using the proportion forecast method, the accumulated market sales of Chinese service robots will reach 1.17 million units in 2015-2018. Of course, although China has a huge market space to provide support for the development of China's robotics industry, if we want to establish a foothold in the future of the world's robot market, whether it is "Made in China 2025" or the development of China's robotics industry, we must focus on cultivating the iconic Is the leading company in robotics because it is the core force of robotics, artificial intelligence and intelligent manufacturing.