Usually, a car needs to be maintained for a certain period of time or kilometers, and 100,000 kilometers is a small ridge of the vehicle, and a poorly maintained car will enter a period of failure. The oxygen sensor is an accessory that almost no one wants to replace, but should pay attention to it at the most.

What is an oxygen sensor?

Automotive oxygen sensors are the key sensing components in the EFI engine control system. They are the key components for controlling vehicle exhaust emissions, reducing vehicle pollution to the environment, and improving the fuel quality of automotive engines. 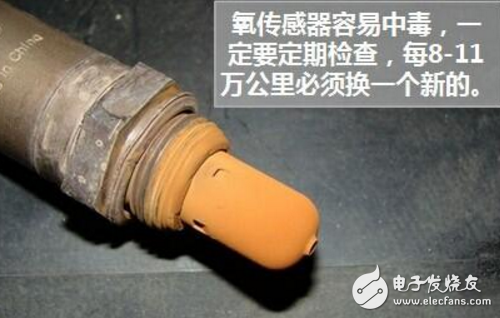 The automotive industry is currently one of the largest markets for sensors in the world. The annual output of automobiles in the world is more than 40 million, of which Japan has an annual output of more than 10 million. Judging from the patents published by countries around the world, major automobile manufacturers and electrical and component manufacturers attach great importance to the development and production of automotive sensors, while the number of patents for oxygen sensors is the highest in automotive sensors, which reflects the sensor. The difficulty of the country and the importance of the country, the oxygen sensor for controlling the air/fuel ratio of the car is growing at a rate of 50 to 60% per year in Japan.

The role of the oxygen sensor

Oxygen sensors are also known as lambda (lambda) sensors. Î» is a magical letter that is often used to express a certain critical state. In the car used to measure the excess air coefficient, the normal range is between 0.97 ~ 1.03, when Î» "0.97, the mixture (the gas formed by the mixture of air and fuel) is too rich, Î»" is greater than 1.03, the mixture is too lean. The oxygen sensor measures the concentration of the mixture by detecting the oxygen content in the exhaust gas, and adjusts the injection to maintain the concentration of the mixture at a desired level.

When the mixture is too rich (the injection volume is too large), the vehicle is not fully burned, and the CO content in the exhaust gas is high, so it is easy to deposit carbon (the black chrysanthemum is the same), the fuel consumption is increased or even the exhaust gas is stinky, and the mixture is lean. NO exceeds the standard, and the driving process often feels insufficient power.

we can assure you of competive price,high quality,prompt delivery and technology supporting.

1. led flashing module is our main product,which mainly applied for POP Display,Greeting cards,advertising board, promotion gifts to Raise the attention and Create Impact

LED Flash shoes light mainly applied for Children Shoes,kids' shoe.When the Child walk on the Ground,the light will be lighting or flashing.

2. Classification:There are led flashing module and Led flash shoes light
3. Led Color:White,Red,Green,Blue,Yellow and so on
4. Frenquency:customized