Skip to content
The popularity of TV boxes has continued for several years. Although TVs are becoming more and more intelligent, many video content softwares can be installed, and many people say that boxes are dead and only transitional products. In fact, this is not the case. At present, the upgrading and optimization of TV boxes is constantly being strengthened. Many newly-listed products have been greatly expanded in terms of functions, such as serving as routers, camera functions, and so on. This is not what smart TVs generally have.

Box products in the current TV still have a lot of useless, and now the box is small and exquisite workmanship, but also adds a bit of stylish beauty for the living room, but the price is cheap, the content is relatively high quality, for the consumer is still Very affordable. Here are a few recommendations for the recent new listing of TV box products, and interested friends may wish to look together. 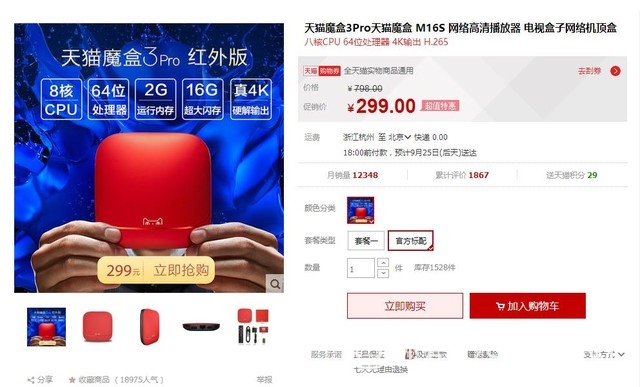 Can be a router Lynx Box 3pro
Tmall Box 3Pro uses the latest mobile phone IML surface treatment technology, delicate matte texture feels very comfortable, according to official data, the fuselage a total of 420 parts, 67 procedures, and 27 tests. Appearance part of the use of days Cat classic red and black color, red fine frosted texture of the top there is a clear sign of Tmall, in the boot state, this part will be lit, the look is very beautiful, under the Tmall LOGO is a reflective trim, which Is the crowning touch to the overall product design, so that the upper part of the product using red and black color balance while at the same time, but without losing a lively little element. At present, this cat's magic box 3pro is priced at 299 yuan in the Lynx Mall. Interested friends may wish to look at it. 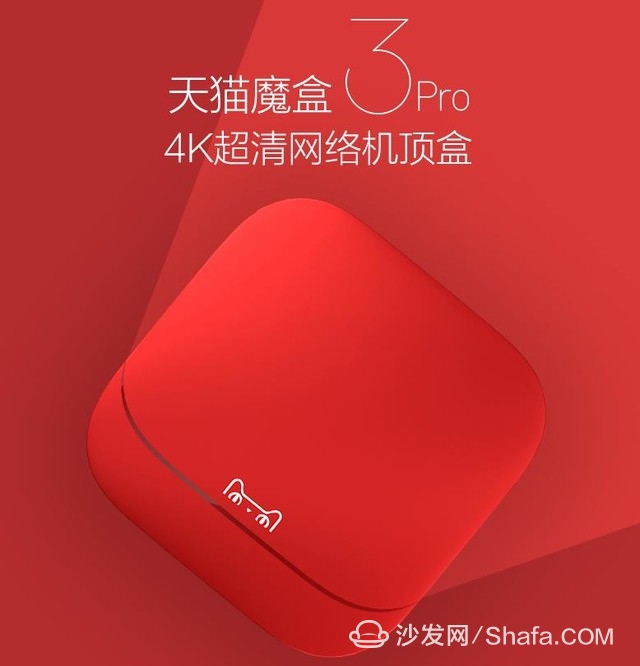 Tmall Magic Box 3Pro system is stable, easy to understand, easy to use, suitable for users of all ages, the interface is simple and beautiful, and in the details of the part can effectively guide the user to operate, the system of this system is very high, according to the user's Like to customize, truly thousands of people, this system's resource consumption is relatively low, running more smoothly. 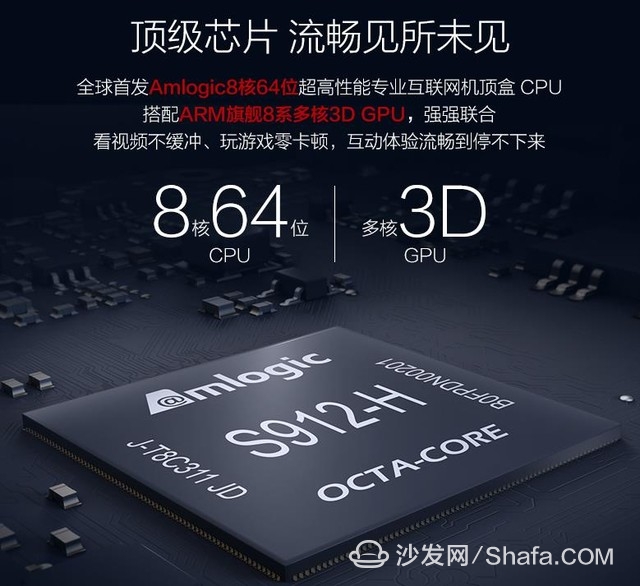 This Tmallbox 3Pro can also act as a router, and can transmit WIFI signals while accessing the network cable. It is equipped with a 2.4G/5G dual-band signal transmitter and supports the latest 802.11.ac network standard. The high-gain dual antenna makes the transmitted WIFI signal more stable, and the data throughput can reach 400 mbps. The speed and stability are better than single-antenna routers. This small change also gives TV box products. As another extension, routes may become standard on television boxes after they aren't available. 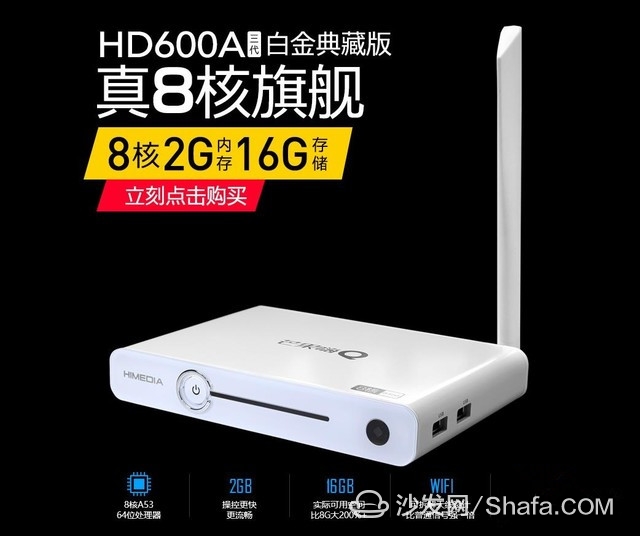 The 600A three-generation black version of the Platinum Collection Edition is outstanding because it is based on the 64-bit 8-core, but also innovatively equipped with a removable blade antenna, this antenna is more than twice the signal capacity of an ordinary antenna, the signal wears four sides The wall was unimpeded, and the signal was easily received from the study room to the living room, from the downstairs to the upstairs, allowing the TV to watch the video more smoothly, and then bid farewell to Caton's troubles. 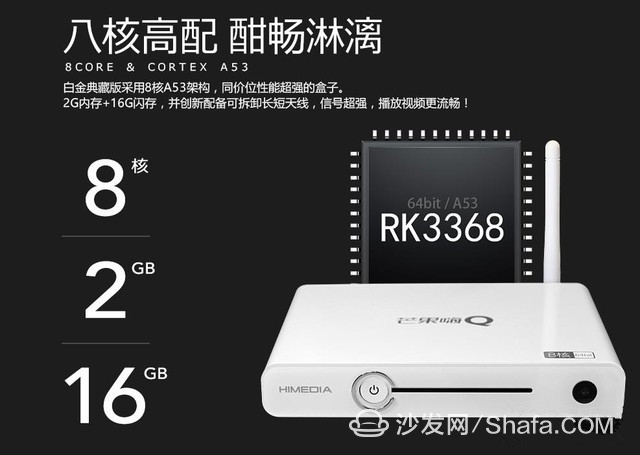 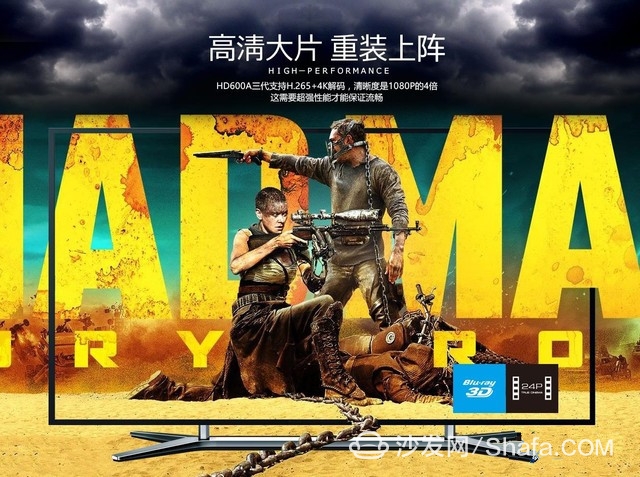 The HD600A three-generation Platinum Collector's Edition not only has "connotation" but also has a similar value. It uses a white metal shell, the surface of the piano paint technology, luxurious texture. Not only the body is white, at the same time, the antenna, remote control are all white, white jade, simple and elegant temperament to give you the visual beauty you want, worthy of your superior taste needs.
Haimeidi HD600A Three Generation Platinum Collector's Edition
[Product price] 418 yuan 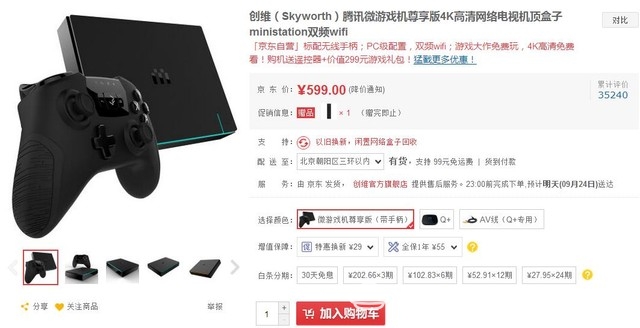 Skyworth micro game consoles adopt pure black color design, and the overall size of the machine is relatively moderate. Since Skyworth Digital has been listed in 2014, its manufacturing process has been ranked among the highest in the world, and we can see from its previous products, including the recent hot Skyworth Q+ II and Skyworth A5, with their outstanding designs, and Product quality workmanship is very good, this Skyworth micro-games machine also inherited the origin of Skyworth's excellent product line, the machine itself, regardless of texture, weight, seams, can be regarded as the leader in similar products. 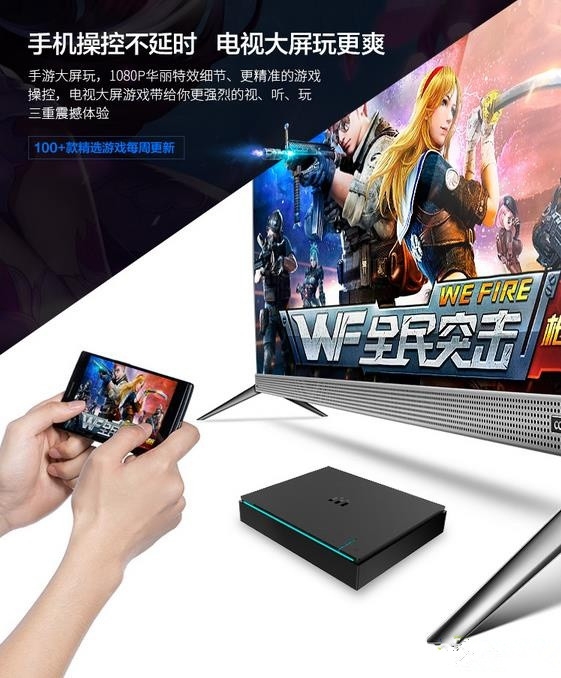 Skyworth's micro-game consoles are supported by Tencent's exclusive licensing and gameloft's game licensing. The game resource library is truly anomalous and full-fledged, and even subdivided with the game's operating mode. In the game market, we can see many well-known classic games, and some new games with new gameplay. The game resources are rich and excellent. Now using mobile phones for games, there are some games that take up quite a lot of space and users are having difficulty downloading. Now the emergence of Skyworth's micro-game consoles has greatly improved this embarrassing situation, and it has many free download resources and many games. Gift package. 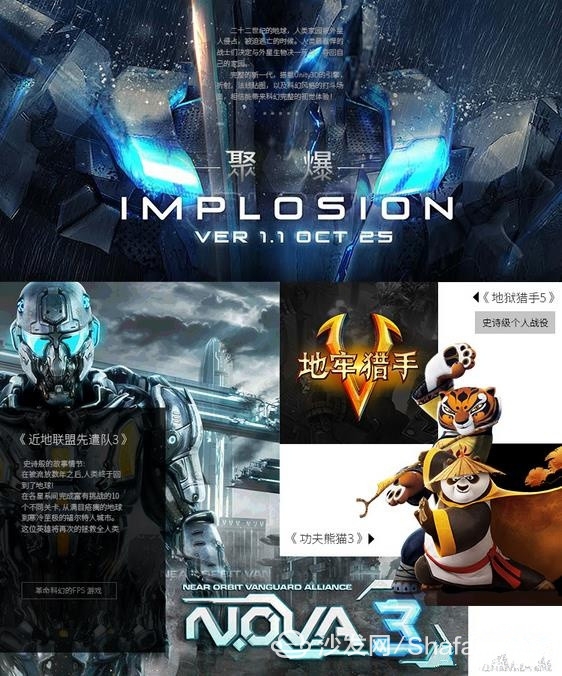 A variety of game masterpieces waiting for you to come
Although the Skyworth micro game console is based on the game as its own product, it is obviously not enough. Apart from the abundant game resources, this game console also has rich TV movie program resources. This makes me very pleasantly surprised because In terms of a game console product, the function is, of course, richer and better. Having such a powerful game function, it can also be used to watch TV movie programs. Naturally, this is not a small surprise.

In April of this year, iQiyi United Fruits Video launched a "Ichiyi TV Fruit" and turned its attention to the more convenient screen area. This TV is different from the traditional TV box. It is an innovative intelligent hardware product. You can cast video, music, pictures, or device screens on your mobile phone or iPad to a large screen such as a TV or a projector for display. It's very easy to turn small screens into large screens, and let the family reunite in the living room. among.

The box of iQiyi TV Fruit Q1 is clean and simple, with no extra decoration. The overall color is white, and the box uses a cube design. Directly above the box there is a logo that represents the TV show. The color is somewhat similar to that of the flesh. The bottom is the basic information of iQiyi TV, such as the production date, barcode, and the official WeChat QR code, and of course, the product's conformity verification and environmental protection labeling. 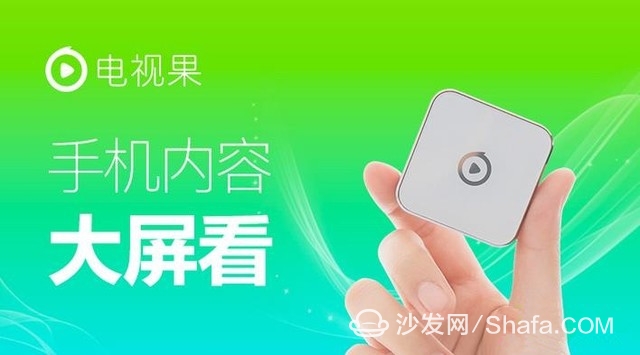 Iqiyi TV Fruit Q1 can be put on large-screen TVs. From here, we can also see the development trend of future TV boxes. We also mentioned earlier that due to the rectification of the SARFT at the end of last year, the television box was in a very marginal industry, and the content of the mobile phone directly on the big screen would undoubtedly become the development trend of the TV box in the future. 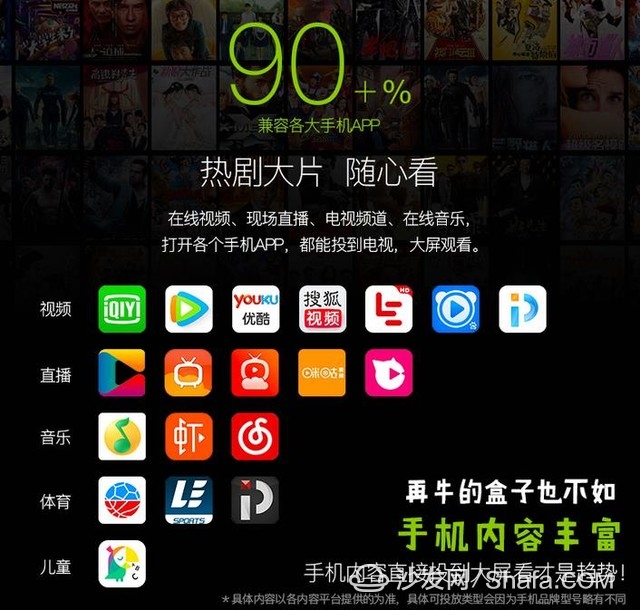 Almost all movie apps are supported
"IQI TV Fruit" also has a very intimate feature, that is, the headset mode. We believe that when we watch TV at home, we will inevitably be afraid to bother our family. Since the TV shows the picture and sound to the TV, we can insert the headset into the phone and turn on the earphone function. In this way, the sound is Emitting from the phone, the picture can still be displayed on the large-screen display device. Watching the ball late at night, watching a movie is not afraid to disturb the family.